“My journey in theatre, which started at the Little Theatre in Orange Street, Cape Town, was to find its climax in Darling. Working with Inge Bos and Wim Visser, Dutch impresarios who had bought a house in the town and were now part of the community, we created the Voorkamerfest. With eighteen homes in our community as our canvas, this yearly festival takes place in the front rooms of the people of Darling. Suddenly the small box house of Sally Pieterse, with its three windows and two doors, becomes the Sydney Opera House. Jan Bruin’s pondok is New York’s La Mama. Phil and Siena’s living room is the London Palladium, and Bella and her three children present the Vienna Staatsoper.

Rediscovering the essence of entertainment, it is a concept that doesn’t need the overloaded structures of the usual theatre festivals. It happens because the people open their doors and their hearts.

This was uncharted territory, especially the township venues where white people never venture, let alone to be entertained. Audiences would buy a ticket to three homes. On the first stop they would discover a singer from Indonesia presenting twenty-five minutes of song in the potter’s workshop up Long Street, then to an intense actor doing his monologue in the home of Mr Botha the schoolteacher downtown, and finally a magic show in the RDP home of Sally Pieterse.

RDP homes were built through the Reconstruction and Development Programme, which the ANC launched in 1994. One milion houses in five years, they said. We teased: one house in a million years? They eventually built many, not very sturdy or secure, but at least a roof of sorts over heads once protected only by corrugated iron or coardboard.

Sally had cleared her small space of the bed, the cupboard, the table and the three chairs. Even her TV was outside under the bush, covered with a piece of black plastic. In its place stood fifteen chairs. That was the extent of her theatre. Fifteen guests who sat in Sally’s home and watched the magician from Leeds do his tricks. Surrounded by the small children of the community, Harold Jones, aka Mad Max, brought forth rabbits and steam engines, made sounds like birds and bombers, sang songs like Jagger and Bon Jovi. The kids mimicked him and copied him, and by the third performance took over the show, to his delight.

The Voorkamerfest was what theatre has always promised. Letting the people entertain each other. Letting their homes be their castles. And inspiring those who always thought they had nothing, to know that the world was in their front rooms.
After the three days of the Voorkamerfest were over, I visited Sally at her home. All her things were back in their original places. The only hint of the past miracle was Mad Max’s signature on the wall above her TV set.

‘I’ll be back, baby!’ it promised in funny, florid, red curly letters.
‘So, how was it all, Sally?’ I asked over rooibos tea and small cakes.
‘No man, it was great. Hell, I couldn’t believe so many people here?’
I looked around and couldn’t believe it either.
‘How many performances in all?” I asked.
‘Twelve, Pieter, I swear! A hundred and eighty people in my house! Laughing! Clapping! Taking photos of me!’
She looked around the room and shook her head.
‘I can’t wait for next year.’
‘Is Mad Max coming back?’ I asked, indicating his message.
She laughed.
‘Shame, our kids do his show now. Poor Max must think of something else. But I’ve had an idea.’
‘You’ll do the show?’
I could see Sally put on the whole musical Phantom of the Opera.
‘Me? Come on, man, I’m just a cleaning lady. No, Pieter, I think I want to turn my place into a B&B. You know? At night, for people to sleep over.’
I looked at the little overcrowded square.
‘How?’
“Easy. You put on a wire down the middle. Hang some blankets. On this side me and the kids sleep. On that side: the B&B.’
I had to laugh.
‘Bed and breakfast? Here?’
‘Ja.’ She looked at me with narrowed eyes and a slight smile. ‘Don’t you think it can happen?’
I shrugged.
‘How?’
‘Sis man, Pieter-Dirk Uys. And you always tell us: Nothing is impossible ?’

(Extract from Pieter-Dirk Uys’ book BETWEEN THE DEVIL AND THE DEEP – Zebra Press, 2005)

This was his report of our first edition of the Voorkamerfest.
When we explained the idea to the leaders of various communities in Darling, we could see glances in their eyes, but nobody knew at that moment, early 2004, if it would work. And what it entails.

Uplift the whole community of Darling via an intimate theatre festival, in economical, social and cultural way – could it be done?

With various principles, like all people involved should be paid, all performers should be professional and paid the same fee; everything we need should come from locals; performers to stay at private houses, in order to let visitors to the festival stay in the official B&B and hotels; every year other houses as theatres to be used; each consecutive year other performers; performers in the widest range of theatre disciplines (drama, stand-up comedy, comedy, circus, opera, classical music, jazz, popular music, singer/songwriter, flamenco, tango, hiphop, modern dance, classical dance..)

Would people come? Enough people to pay for all the costs? Would we find enough houses in Darling ?
Would we find enough artists who dared to perform ‘naked’ : in a little venue with no sound- and light-equipment, and the audience really as close as two feet away from you.

Having had our 10th Voorkamerfest last September 2013 we might say it works!
We soon found out it is impossible without full support of the local community – which we got 110%.
We also found out financially we will never ever break-even with income from box-office alone; approximately 50% of the total yearly budget need to come from sponsors and funds and trusts.

And we found this support as well: the Stichting Doen from the Netherlands supported the initiative from the beginning, during 6 years. The Distel Foundation, the Van Ewijk Stigting, the Rupert Foundation – from the 2nd edition onwards they were very wiling to help us with important donations.

The Dutch Embassy in SA, the Royal Theatre Carre in Amsterdam, over 15 theatres in Europe – they all supported us during these ten years, as did the many restaurants and wine farms as well as many private persons in Darling and surroundings.
During these ten years the Voorkamerfest brought into the area an amount of more then R4 million to the economy; total turnover was R10 million.

Without any help from local, provincial or national government..

And visitors ? You all came in numbers! You were not scared to enter the township in 2004, you were surprised by the friendly hosts of each voorkamer, by the performers as well as by the drivers of the taxi busses who not only brought you to the 3 houses on your route but even showed you the Darling specialities.

If you have not visited the Voorkamerfest yet, please let me explain how it works: quite simply –
As per 1 July each year the booking office opens – you can buy a ticket for one (or more) of the time slots of the Voorkamerfest the first weekend of September:
You pick your choice: departure times of the taxi busses are Friday 17h00, Saturday 12h00, Saturday 17h00 and Sunday 12h00.
The taxi busses leave from the bus stop in Arcadia Street, next to Evita se Perron.

Upon entering Darling you simply collect your tickets at the box office, where you also get your colored route ticket; this shows you wich route you will be on – not that this means you know which venues you will visit and which performers you will see.

This is all part of the Voorkamerfest adventure.
On our website, via facebook, or via the newspapers you may have read which artists are coming to this year’s festival – per route you will only encounter 3. Each will perform about 30 minutes for you

Reflecting on their Voorkamerfest experiences guests noted the unprecedented multi-culturalism of it as well as their gradual awareness of how south africans live. Besides the creativity embedded in the presentation of each Voorkamer concert, the visitor became part of a town, a community with a heart – Darling.

The Voorkamerfest yearly ends with an open-air concert by all performers, Sunday at 16h00 in Darling East. You are invited!

Join us for the latest news on Facebook.
Many many routes have been fully booked in the past. We cannot expand the number of routes as this will expand our deficit as well. So if you want to secure your seat in one of the taxi busses: order your tickets as soon as possible! 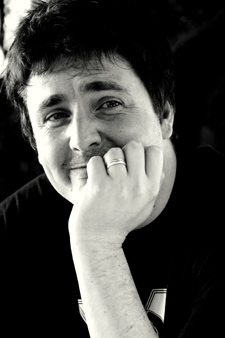