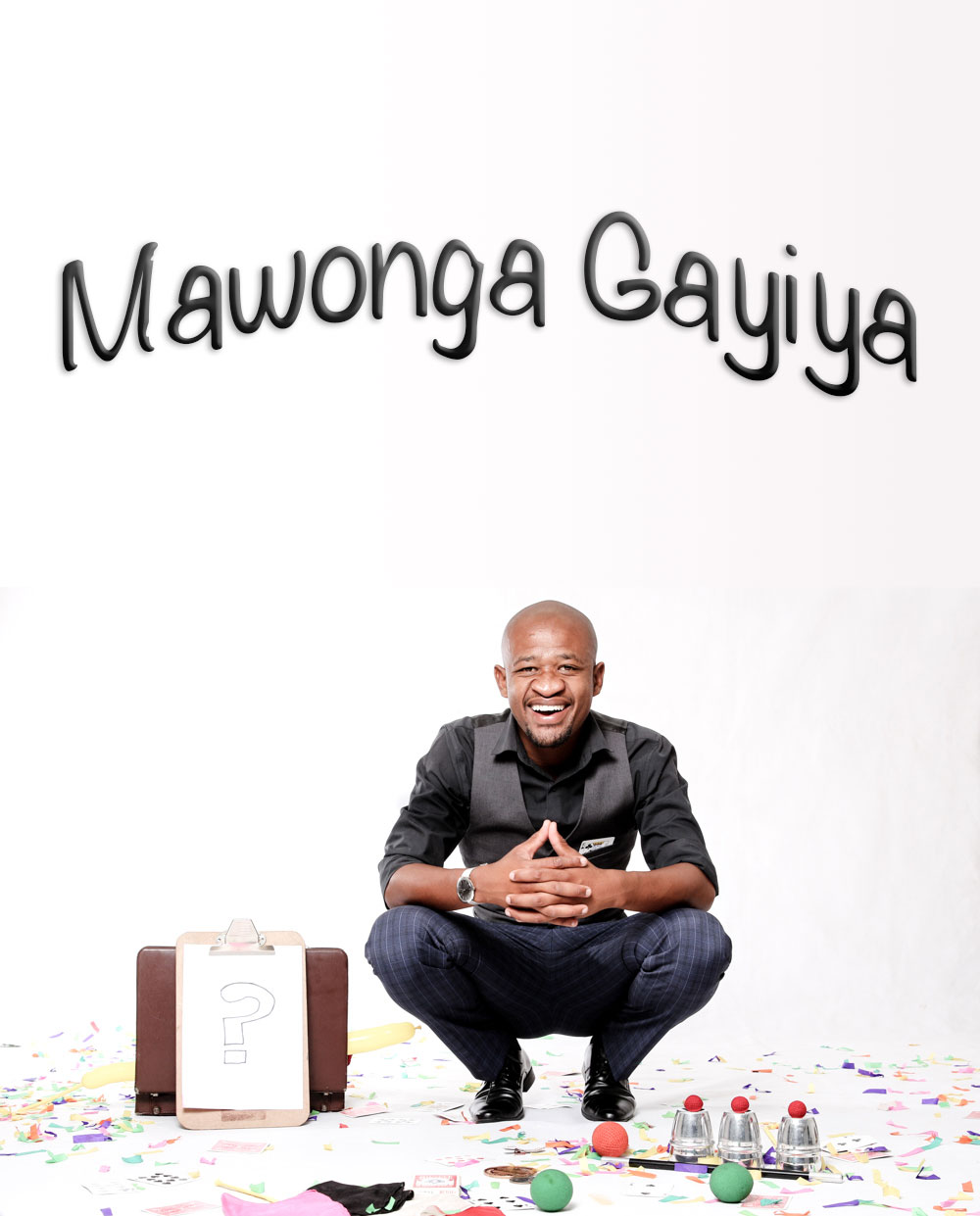 Mawonga Gayiya is a natural born entertainer. A graduate of the College of Magic in Cape Town, he has honed his natural flair for performance and his magical skills, so that he is now recognised in the events industry for his uniquely approachable style of comedy magic.

Born and raised in Khayelitsha, Mawonga is a ‘local boy made good’, and has been featured on numerous South African television shows – including “SA’s Got Talent” – newspaper, magazine and radio interviews.

Mawonga has accrued an impressive list of accolades and awards. In 2008 he was selected to represent South Africa at the World Magic Seminar in Las Vegas and then went on to win the Western Cape Junior Magician Championships. In 2010 he starred in the acclaimed production, “Imagine” at the Artscape Theatre, receiving a Silver Medallion for his performance. In 2012, he was a finalist in the FISM Africa championships and was then again honoured to represent African magic, this time in China, at the 2013 International Magic Championships.

In 2014 Mawonga produced his first one-man show, “Astonish”, which was a great success at the 2015 Cape Town Fringe Festival, where it was produced and directed by the award-winning Stuart Lightbody. Most recently, Mawonga won a bronze medal at the 2015 SA Magic Championships.