They have done it again: 52 students from Darling Laer Skool, Vooruitsig and Darling College together worked frantically to get a poem written. Under guidance of rapper Jitsvinger and Khoi-poet Loit Sols they created a new poem for the 2015 Voorkamerfest.

The Afrikaanse poem will be published the first day of the Voorkamerfest, 4 September on the famous wall in centre of Darling – unveiled at 15h00 by the Mayor of Swartland, Mr Tijmen van Essen. It will also be printed on 6,000 copies, with translation to English and IsiXhosa, to be distributed to all houses in Darling, as well as shops and restaurants.

Be sure to get your copy!

This HALLO GEDIG DAG has been made possible thanks to a contribution from the Dutch Embassy in South Africa, as well as the Hiemstra Trust. 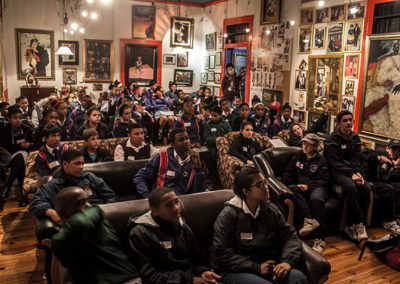 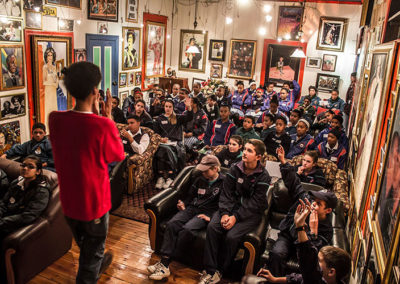 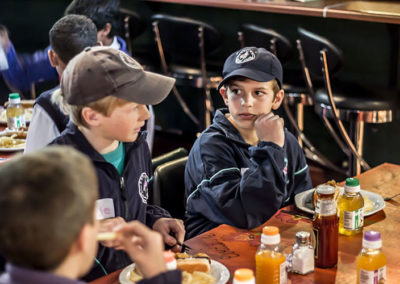 Generous sponsors who made Voorkamerfest 2019 possible! 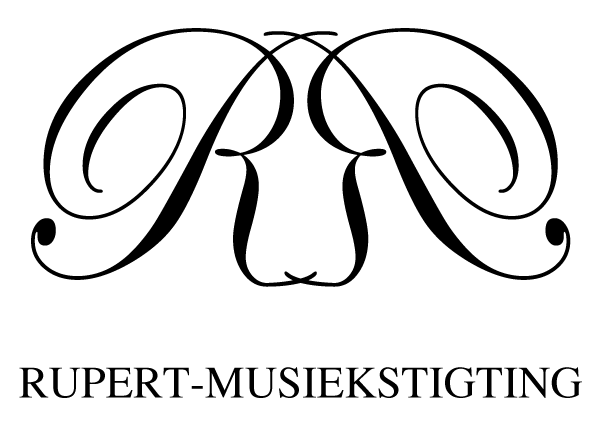 In 2014 “die kinders” of Darling participated in a creative writing workshop. They received guidance from Quintin Goliath (aka Jitsvinger) and Kirby Van der Merwe. Together they will wrote the “Hallo Gedig”.

We  wish to thank the L.W. HIEMSTRA TRUST for their generous sponsorship. 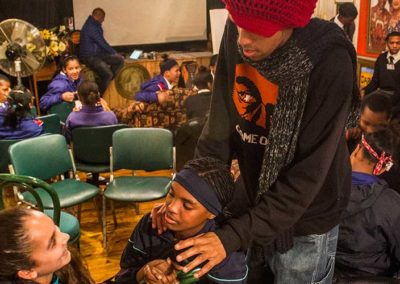 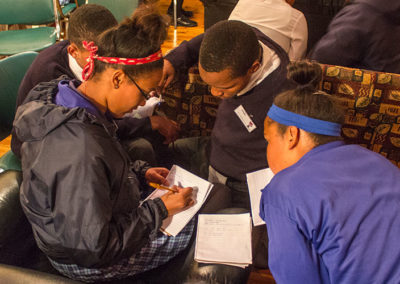 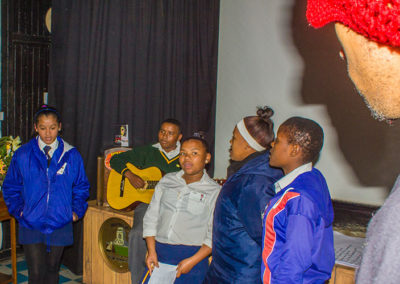 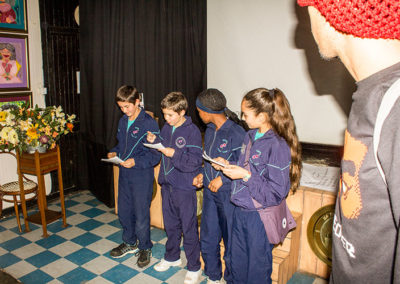 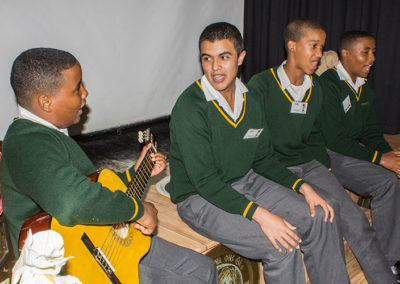 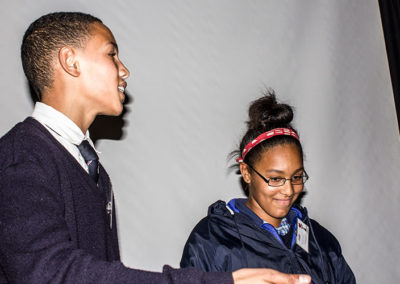 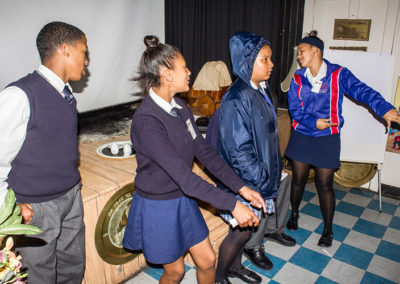 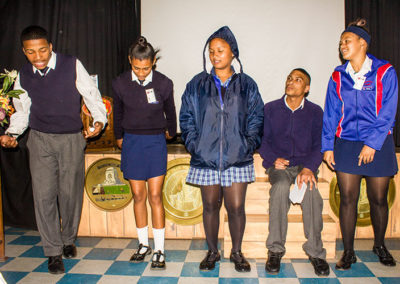 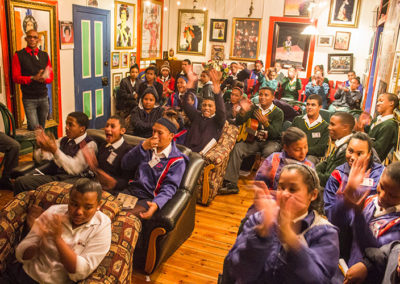 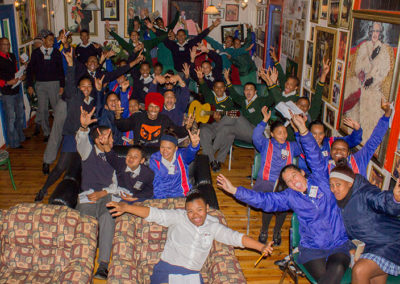 Lanel van der Kolff from The Psychedelic Theatre graciously gave of her time to come and share her skill with the Darling youth through a workshop of fun time Hula hooping.

Lanel and Zen have generously decorated a hula hoop for each child (25 children of all ages) who, with the help of Lanel and Zen choreographed their own dance sequence with their Hula hoop, which they take home when all is done!

The Darling Trust sponsored the workshop and the rehearsed dance sequences were presented at the Voorkamerfest 2013.
Lanel is a drama student, currently studying Yoga instruction.

Thank you Lanel for taking time to come to Darling to enrich lives with your talents, we hope you will be back soon!!

Inge Bos sent Madeleine Matzer from Holland to SA to help the Drama Queens. We started with the workshop on 7 May to 18 May. Inge cares about the community of Darling, especially those with talent.

Madeleine met with us a day before the workshop started, this was a very good ice breaker.  The first day we were very nervous, because after discussions, the Drama Queens decided to do the play in English for Voorkamerfest 2012.  Ivy said “hoe gaan ons die Hollandse vrou verstaan”.

We started speaking English every day, afraid to use the wrong words.  Madeleine was very patient, we laughed a lot but also learnt so much – she made us feel like a family!

Madeleine taught us how to put the play together and how to improve our acting. The highlight of the workshop was the exercises. From the exercises we learnt how to listen to each other. Then think before acting and how to concentrate. We loved it! – we are no longer nervous and look forward to do the play in English so the audience will understand our message at the Voorkamerfest 2012. 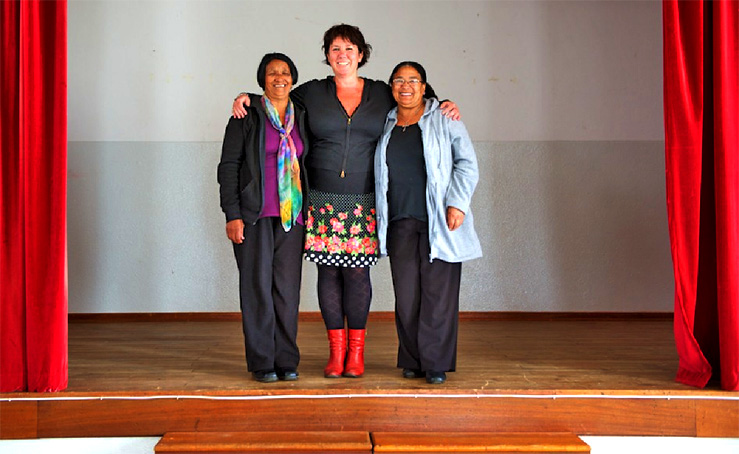 presented a hip-hop dance workshop in Darling, sponsored by BOS THEATERPRODUCTIES from Holland.

For two weeks they came together to create a small performance that was presented during the Voorkamerfest on 31st August, 2nd and 3rd September.

It is a privilege to have Lloyd & Sheree back in Darling, teaching our children. He is a first generation break dancer from Rotterdam who started dancing in the 80s and by the end of the 90s had his own dance group, the 010Bboyz, who gained national and international fame. Lloyd now choreographs his own dance performances, which recently include: